This post will serve as a quick update to how things went after signing up for some book promotions a couple of months back.

I ended up paying for four different promotions. All changed the ebook pricing from $2.99 to $0.99. As you may recall, my goal was to make at least half of my money back on one of these. The previous promotions saw me making less than 20% back of what I paid at best. Here they are, in the order that they went into effect:

This was one of the most mixed in regards to what fellow indie authors thought. Some had success, others felt it wasn't worth the $50 price tag. On that note, Book Gorilla was the most expensive promotion I did, and here are the results per Amazon's rankings: 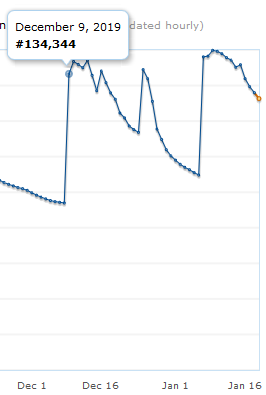 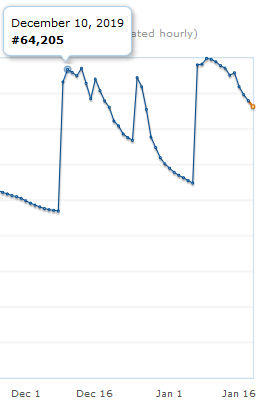 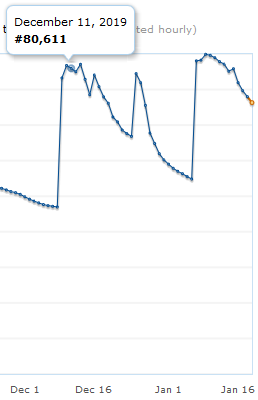 The first day of the promotion saw my Amazon rank boost to 134,344. This would amount to something like one or two sales. The next day provided better results, reaching 64,205. That would be four sales. The day after, the rank dropped slightly to 80,611, which would be three sales.

My next promo came up on the 12th so it's hard to say exactly what affects BookGorilla had from there on, but it seemed to be on its way down the rankings after only two days. I would guess that I maybe got another sale or two out of it going forward, so at most that would be 11 sales from the promo. That means I made roughly $4.40 on this sale. After shelling out $50, it's hard not to be disappointed in those results. I didn't even make back 10% of what I spent.

Meant to come right off the heels of BookGorilla's momentum, I signed up for an eReader Cafe promo for the 12th of that month. This was a cheaper promotion, but also one I wanted to make half of my money back on. I considered it sort of a "sleeper" pick, because not a lot of authors talk about this one, but the few that have said good things.

Here are the results via Amazon: 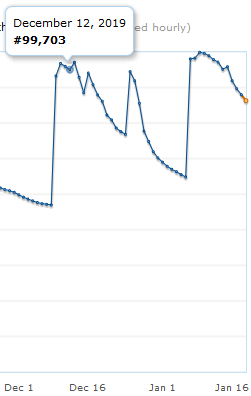 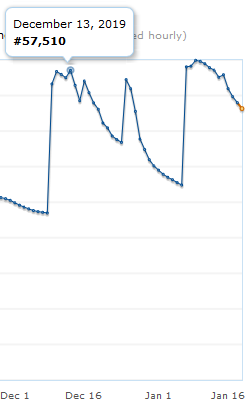 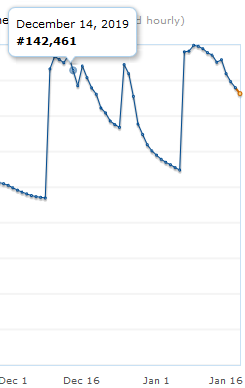 The first day of the promo was actually down from BookGorilla's day before, 99,703. That comes out to one or two books sold. Thankfully things improved the next day, reaching 57,510, or four sales. The 14th saw a big drop to 142,461 unfortunately. That amounts to one book sold.

That makes seven books sold at most through eReader Cafe. Thankfully it wasn't quite as expensive at BookGorilla, but I still came nowhere close to recouping half of what I spent.

I had high hopes for this one... hopes which were dashed from day one. The promo was cheap and advertised as "priced for writers". At $19, I tended to believe them. However, right after signing up I started getting spam mail from them. Mostly just automated messages designed to get me clicking back on their site. I quickly moved their email address to the spam folder.

The most disappointing aspect, however, were the results:

118,060 rank on Amazon would be something like a book or two sold, and it only went straight down after this. I did get a slight boost around Christmas time thanks to one sale, but I have no idea what caused it. It's close, yet far enough away from my string of promos to be anything.

So once again my goal of getting at least 50% of what I spent back was shot down.

My last hope to hit the goal was this promo. They were fully booked in December and throughout half of January, so I took the earliest date available, the 7th of January 2020. I mentioned this in the previous blog entry, but Book Barbarian specializes in Fantasy and Scifi only. I thought that maybe being concentrated on the demographic that could be interested in Gold Fever would help. The one downside is that it wouldn't be riding on the momentum of previous promos. I had hoped to combo them all together to get me a high rank (And therefore noticed) on Amazon.

Here were the results:

The first couple of days I was pleased with the results. No promotion in December cracked the 30,000 rank, but Book Barbarian did it two days in a row! In total, that would be 17 sales in two days. Not bad at all, but the real surprise came the next day when my rank shot all the way up to 1,365, the highest Gold Fever has ever been. That rank would indicate 104 sales!

But of course, eventually there would be a cool down period. I was right in assuming that, but the rank didn't lower to the extent that I thought it would. The next day was 7,251; still the third best ranking I've ever had. Equivalent to 21 sales. The next day saw me at 20,612, or 12 sales. Considering I was five days removed from the promo, I was shocked to still have gotten so many sales. The decline continued in the next couple of days from 42,968 to 56,716. A full week removed from the promo date, and I was still making sales.

All in all, it came out to 10 straight days of sustained sales. My previous record for Gold Fever was five straight days. My final estimate for sales gotten throughout those 10 days is 169 sales.

So not only did I make half of the money back spent on Book Barbarian ($30), I more than doubled what I spent. It's hard to say for sure if everyone is going to have the same success in trying it, but what I do know is that it worked wonders for me and give it my full recommendation. I suppose the same can be said about all of these promos. Your millage may vary. You may see better results on some of the ones I tried, or they may turn out worse. There are many things to consider like tome of year, book cover, and book genre. I feel that being focused on one genre made Book Barbarian pay off so well.

That's about all for now on promos. I have plans to do more in the future, but not until the sequel, Seven Seals, is released. Speaking of that book, I finished the rough draft for it about a week ago and have much to share. I'll be posting another entry soon; hopefully tomorrow!